During times like these it’s astounding how much one can learn in a day. The daily drug 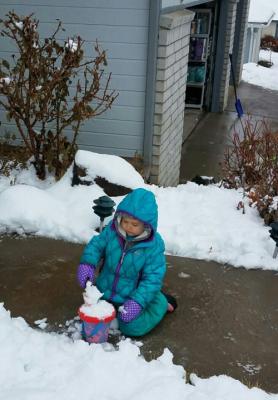 intended to suppress Maya’s marrow and keep her ANC between 750 and 1500, 6-Mercaptopurine (6mp), is metabolized by Thiopurine methyltransferase (TPMT) resulting in two metabolites: 6MMP and 6TG. And that’s more than I’ve ever known about metabolism (you’re lucky Sara isn’t writing this post).

6TG is the good stuff–the product that does the suppressive work; 6MMP is a bi-product, benign in small enough quantity and usually ignored. Rarely, patients taking 6MP (for leukemia treatment or IBD) will show signs of hepatotoxicity (angry liver), and rarely this is caused by unique effects of a patient’s TPMT on 6MP. This can create an imbalance in the breakdown of 6MP resulting in low levels of 6TG and high levels (10 times higher than normal) of 6MMP. This means the ANC is not sufficiently suppressed, and there is a toxic level of 6MMP present in the blood. Last week Maya’s labs included a test for these metabolites, and they were significantly imbalanced.
Now a break from the science lesson… over the past 7 days, Maya has bounced back with authority. My new mindset on the care giver’s role is to recognize that healthy kids will gravitate toward being healthy, and chemo kids will gravitate toward complications–if we’re not extremely attentive. Bowel care, hydration, rest, good nutrition, and love are critical components of a successful therapy; balance and consistency are key. I’m happy to say over the past week as Maya has been off chemo, she has gravitated convincingly toward health and strength. Her energy level, mood, humor, color, appetite, and myriad bodily functions have returned to a welcome balance. She’s been the normal energetic 4 year old and more.  Though, she is unique in many ways… more on that later.
We spent the first part of Sunday shoveling snow and sledding in the side yard. Maya built a snow castle, threw snow balls, ran up the hill carrying her sled over and over, and never showed signs of slowing down until we were eating lunch hours later. Even then she didn’t need a nap and continued on through the day with her natural curiousness and creative energy flowing.
Since last Wednesday she’s steadily improved. It took her a couple days to clear the jaundice; she began sleeping better without nausea or hypoglycemic symptoms. Her constipation seems to be under control, though this requires an unsettling amount of miralax and colace each day… we do what it takes to avoid the recent struggles in that department.
Taking a week off from treatment to recover is a scary thing, but I still think we made the right 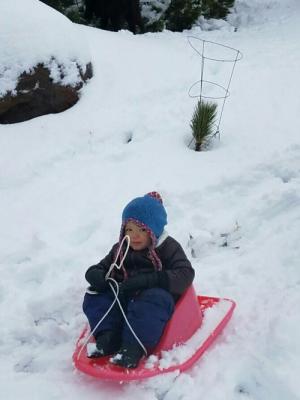 decision. Maya’s recovery has been substantial, and there were no concerns with respect to her strength beginning phase 2 of maintenance today.
There were, however, still concerns about what exactly got us into trouble in the first place and what to do in order to safely continue treatment. Likely it’s a combination of things, but as I mentioned earlier Maya’s metabolites related to 6MP were way out of balance. We hoped for answers this morning, and I think we’re confident we’re on the right track.
The metabolite imbalance points to a rare genetic anomaly in the way TPMT (the thing that breaks down 6MP into 6MMP and 6TG) is produced or operates in the body. Most people have the TPMT ‘wild-type’ genotype; fewer have the heterozygous genotype, and even fewer have the homozygous genotype. Both the heterozygous and homozygous genotypes lead to increased to extreme sensitivity to 6MP, potentially overproducing metabolites causing hepatotoxcitity (too much 6MMP) or extreme myelosuppression (bone marrow suppression from too much 6TG) which can bottom out immunity and worse. We should know in a few weeks which genotype is Maya’s and take extreme care as we proceed.
The tactic to combat this and get back to a healthy balance is not on the standard protocol, but it is well known among pediatric oncologists. Case studies have been published in recent years indicating efficacy of introducing allopurinol in these rare cases to shift the metabolic pathway with TPMT away from 6MMP and toward 6TG. Since there is the possibility that Maya is extremely sensitive to these metabolites, and the point is to moderately suppress her ANC, we’ll start back with just 20% of the previous dose of 6MP. We’ll also check labs weekly until we find that comfortable balance for our rare, unique, extreme, amazingly strong little dragon.
This continues to be a very stressful time. Uncertainty is the worst. But we have a plan, and we’re as focused as ever. Maya is a unique little creature–more unique all the time it seems. We’ve seen over the past week that her strength remains, and her excitement for life has not been diminished.
Thank you all for your support, love, and understanding. May we all have the energy to strive for and achieve our balance. 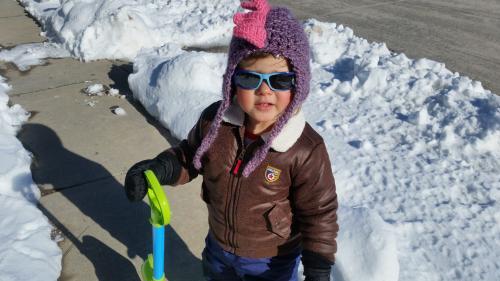