One year and seventeen days since Maya’s diagnosis, and things have gotten easier and harder. Routine continues to creep in and then be pushed back out. Ideas are discussed –travel, school, opportunity– plans begin and then fade in the certainty and uncertainty.
The other night Maya said something that might have been profound– the truth is I was half listening, preoccupied with the momentum of bedtime. She said something like, “Daddy, sometimes it’s like we’re here and not here… like we feel good but also not good… we’re happy and we’re sad.” I wish I had thought to write it down because I think there was even more to it. Anyway, my mind kicked into gear just at the end– she seemed a little troubled with this, so I asked her if that made her feel nervous or scared. She said, “No. It’s exactly how I want it to be.”
I’m not sure what she meant– sorta like I know and I also don’t know. At least now that I finally took the time to write it down I have a shot at one day seeing the bigger picture. 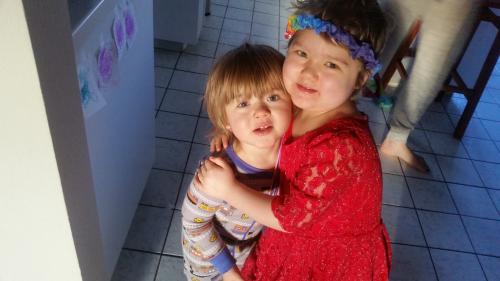 I’m proud to say that I gave blood today– also I’m embarrassed to say it was for the first time ever. I’m not sure why I never gave before. I’m not really afraid of needles– probably just lazy. Maya has had two blood transfusions, and I’ve seen first hand what an army of fresh red cells can do to help a struggling body– color, energy, mental and physical stability can all head back toward normal in astonishing short order. Today the bag filled quicker than I expected, and I was done in under ten minutes. Funny that it took me borrowing Maya’s big courage to do such a small thing.
Maya’s labs were better but not yet the ‘good’ we’re looking for. Her liver function is outstanding and her bilirubin was down to .4, so it seems the toxicity we saw weeks ago is being managed with the allopurinol. Her ANC was 2400 which is down significantly from 4900 the previous week, but it’s still not in the range we want in maintenance (750-1500). We continue to ratchet up the dose of 6mp from 20% to 50% and now to 75% of the original protocol recommendation. As always there’s a chance we cross a line and crash her cell counts, so we begin another week with moderate to extreme precautions. No unnecessary trips out, no birthday parties, no parks, no school. Maya takes it in stride, but she knows there are limitations. She misses her cousins, her friends, and she misses being out in ‘the wild.’ 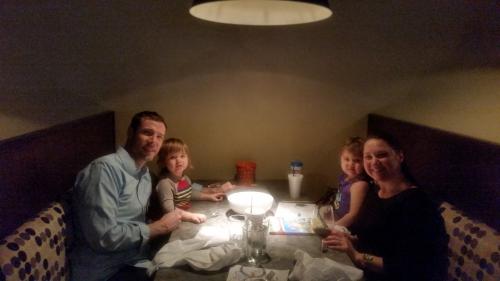 This house could be a small place for Maya each day were it not for Lincoln. Together they can turn a living room into an entire ocean– complete with soundtrack inspired by Moana. In Lincoln’s world, Maya is the ultra super star– sometimes teammate, sometimes competition and always center of the solar system. Lincoln at two is just about as awesome as he could possibly be– like the mini caveman of our world: two word sentences, eat with hands, and when in doubt smash closest item on the floor.
There are many things we both know and don’t know about this journey. Uncertainty is the worst and also the constant. In a world of contradictions, though, there can be peace and strength, and it’s here because of your consistent love and support. I wrote some time ago that I don’t know what it would be like to go through this alone, but I imagine it would be awful. We’re so blessed to not know what that would be like. Thank you. 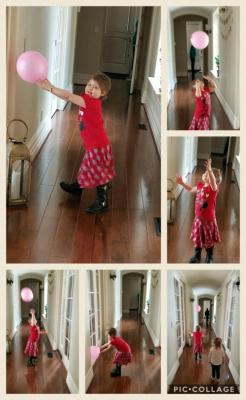